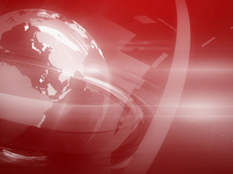 From the "derivative hymn" to "micro business Elegy", in more than two years of development time, micro business has experienced change radically. At the beginning of this year, a lot of observation of micro business insider are discussed in 2015 in the end is micro business first "or" micro business for half a year, according to the current development trend of view, micro Shangda half a year "to describe seems to be more appropriate.
In the micro business agent bonus period of development to the peak period, China's about 10000000 people doing micro business, the annual trading water exceeded 60000000000 yuan, of which the cosmetics industry accounted for more than 80%, and in 2014 the total retail sales of cosmetics industry in China is only about 180000000000 yuan. The development of micro business seems counterintuitive, for now the cliff like decline foreshadowed.
So many a derivative of pessimism, micro business oppression too long people sent a roar, them mouthpiece, excitedly spread the news, a tear down the "three big mountains" momentum. It's no wonder, who let the micro business in the past two years as the restless spoiler!
Micro business really the time it was to die in one's bed?
Talk about micro business:
"Do you favor the micro business?"
"Micro operators have a fitting room?"
"No!"
"Do the things that the micro business sells more expensive than Taobao?"
"As if it were not!"
"That will be the use of micro business?"
A time actually speechless. Yes! No price advantage, service is not advantage, to micro business what? What kind of company operation, team operation, platform operation, plainly these are speculators game bale; what micro channel marketing, Internet +, return to the nature of business, in fact, are some perfunctory words words. Which business model can leave the product as long as it is built on the basis of product sales, the future will still exist, the micro business will not die, will die just now those so-called micro business, the myth that created wealth.
There are two reasons:
One is currently the so-called derivative rely mainly on the circle of friends to sell products, violent scraper people Shenmeipilao, was eventually shielding, the former friends become "the most familiar stranger"; the second is the derivative "get false, false, show off their wealth, X four negative label, let people dislike.
When people do their best, they do their best. Today, the rapid development of mobile Internet, people will talk about the mode. When some people do not understand what the net purchase is going on, then a micro business, which is no wonder will be fooled into. Some people through the Internet tools, the ability to be realized, this is understandable, but this model can not last long.
Also show the disadvantages of traditional retail, department stores, chain transformation and upgrading, traditional business also in constantly adjust strategies derivative were high hopes for the brand, it is no wonder that derivative pillow small wind blows, the brand swarmed, let micro business bubble, the greater the winds. In fact, in the cosmetics industry, the rise and decline of micro business, in fact, is not what happens, and deja vu. The micro operator appears before, CS channels had just experienced a "channel Yahuo" havoc. When the channel is not the brands engage in big belly of?
Feel micro business has been non die, but a closer look, if the micro business as a retail terminal, it is indeed a product sales to the hands of consumers. Prior to an agency to do the survey: 55.2% of consumers said they would not buy the product in the circle of friends advertising, 44.8% of consumers said they did not exclude the micro business or has experience through micro channel purchase products. The consumers for derivative rejection is not one-sided. Since consumer demand, that will be doomed to die, but the future of the micro business should be what kind of?
All not to get married for the purpose of the talk about love are bullying, all organized by the micro business can not be regarded as the real micro business. Store in a certain area of micro business and private service customization derivative is the future of micro business development path, as to what platform it or forget. Ten thousand steps back and micro business that several categories, you are dry day cat or dry Jingdong? Derivative of the real meaning, from the name can see should is it "micro" lies in its "small is beautiful", its properties destined to the derivative of the subordinate position, like the "dessert", "after dinner fruit" the general existence.
In ancient times there is a word called "body", is what we are talking about poetry in the word "". Word is from the poem development and is considered to be the poem down with a grid of literary style, the ancient scholars the word as "the poet more than" is the poet's extracurricular activities, rather than business. Micro providers also so, as a derivative form of electricity providers, micro business should not be a traditional retail formats competitors, but should become a supplement, with a modern point called Internet +, which is the real mission of the micro business. Like "word", although only poem relegated, but "words" in the development of Chinese literature status did not lower than the "poetry".So,Wechat Business not die, but please put in a pose.